Who wants to hear about my latest international-travel-related drama? OH YOU DO? Well you’re in luck. Because I’m stuck at Melbourne Airport and I’ve run out of book. Here is a timeline of today’s ineptitude, for your very own amusement.

4:30pm: After a day of general chaos and frustration, I get back to my hostel in Bangkok to pick up my bag. I’ve had terrible insomnia for about a week, not helped by three different girls in my dorm getting up at various times of night to noisily pack and repack their bags (inexplicably, since they’re still there), repeatedly dropping things and swearing loudly. But anyway, I’m in that sleep-deprived-can’t-function-can’t-think state and all I want is a beer before I leave, but it turns out they legally can’t serve between 2 and 5, so I mutter darkly under my breath that this shit never happens in Cambodia and and sulk outside for a bit.

5.00pm: Weigh up if it would be prudent to straight go to the airport. Conclude it would. Buy a Chang instead.

6.00pm: Drag myself to the tube station, feeling even more dazed. So much so that I repeat the process of going to the machine and buying the same ticket twice in a row before I realise what I’ve done.

6.15pm: Reach the platform. Discover that, this being rush hour, I have to wait at the back of the queue for at least three trains to leave before I could get on. Realise that I’m tighter on time than I thought.

6.45pm: Am so delighted to have found a seat that I fail to realise I’ve already missed my stop for a full ten minutes. Liberal swearing ensues.

7.05pm: Reach the Airport Link at last! But because I used all my change buying the same ticket repeatedly, now I only have a 1000 baht note. Damn. Cue a lengthy saga to procure change from kindly-faced shop ladies who eye me like I’m trying to sell diamonds on the black market.

7.25pm: YES. I am on the Airport Link. What can possibly go wrong now? Except, as I sit rubbing my eyes and trying to stay awake, I have a mounting sense of dread: this is the first time I’m taking a low-budget airline for a long haul flight. Am I SURE it leaves from the main international airport and not the cheapy budget one? As I’ve smashed my phone and there’s no wifi, I’ll have no way of knowing until I arrive.

7.47pm: Run frantically around the airport looking at departure boards. My flight is not on ANY of them. And there don’t seem to be any JetStar desks. And the wifi is down.

7:55pm: Launch into a frenzied tirade at a hapless security guard about how I think I might be at the wrong airport. He is bewildered.

8.10pm: I’m on the cusp of jumping into a taxi in a last ditch attempt to make it to Don Muang airport when the security guard procures a knowledgeable lady who confirms that my flight DOES leave from here, despite the departure board mix-up, but the check-in desk is in a different part of the airport and closes very soon, so I need to leg it.

8:20pm: Reach the desk just before it closes, shamelessly wearing ALL of my clothes as my bag is blatantly overweight. The lady raises an eyebrow but puts on the tag without weighing it. Hero. Then, just as I think I’m in the clear, she says: “Can you show me that you have onward travel booked from Auckland? Otherwise I can’t let you board the plane.”

8:21-25pm: I have, in fact, not got round to booking my return ticket just yet. Instead I launch into an incoherent, increasingly hysterical and in no way persuasive ramble about how I do actually have dual citizenship and I know it looks bad that I don’t also have my kiwi passport with me right now but it’s actually run out and I left it with my mother because I was going to get it renewed but now I wanted to renew it while I was in Auckland instead and fuck fuck fuck I’m really sorry I didn’t know the thing about onward travel I usually have the Kiwi one and doesn’t it mention the dual passport thingy in the system or something?” … And then I start crying because I am a GROWN UP.

8.30pm: The lovely lady on the desk pities me and calls the NZ immigration officer to iron things out. I am told I will not get away with this shit again. I am very grateful. I also have roughly zero minutes to make it to the gate.

8.40: Stopped in customs for a random search. OBVIOUSLY. After careful consideration, they decide that my deodorant is a threat. Also my shoes, which have to go through the scanner three times because I put them in the wrong sort of tray.

8.45: I run faster than I’ve ever run before through duty free, pausing only to spray myself liberally with some sort of Gucci concoction, on account of the confiscated deodorant (I’m not a barbarian).

8.48: Reach the gate – but what fresh hell is this? JetStar has introduced one final hurdle to getting on the flight: ANOTHER bag search right before you walk on the plane, for the sole purpose of checking you haven’t bought any water or food on this side of customs, undermining their plan to starve you into buying their own insanely expensive supplies while you’re trapped for 10 hours in a tiny metal box in the sky. These people are like Ryanair but for TWENTY HOURS OF FLYING

8:50: The gate closes. Success! Settle down on the plane, discover I can’t watch films or listen to music unless I pay individually for the privilege, instead pop a couple of Valium (thank you VERY much, sweet old lady pharmacist in Si Lom) and wake up in Melbourne.

Right, now I just need to not screw anything up before my flight to Auckland leaves in a few hours’ time… Wish me luck! 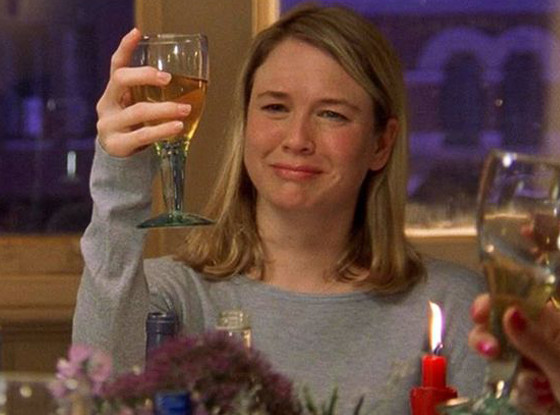